DON'T LAUGH AT ME as recorded by FRANK RENDO 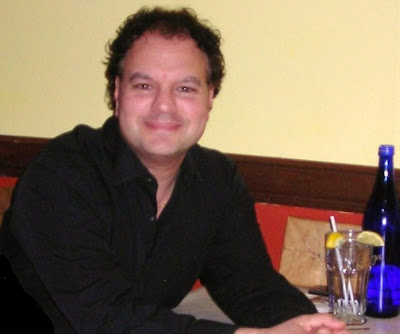 I am so enthused about writing this posting for you today, my friends - I can't even describe it!

~
It is really a pleasure for me to tell all of you about Frank Rendo's newest recording, a touching song called "DON'T LAUGH AT ME."
~
Frank does not work alone on this creative endeavor. He is joined by Broadway actor and Cabaret Singer, Jonathan Rayson;
singer/songwriter/arranger, talented Palma Pascale and gifted guitarist, master engineer and owner of Tiki Recording Studios, Fred Guarino.
~
Here is a little teaser of Frank Rendo singing his newest single: DON'T LAUGH AT ME! Enjoy!
Frank is nothing less than brilliant in his vocal and theatrical delivery of this song and story. The story is one that I would guess more people will relate to than not, from some point-in-time in their lives. (photo: Frank Rendo) ~
The story is a decidedly poignant one - and I'm willing to offer that many of you will, indeed, find a tear in your eyes and a lump in your throat as you listen....that is, if you're not just plain weeping! I say this not only because of the message of the song, but because of the raw beauty of this recording, itself - and of course, Frank's delivery!
~
This song is resplendent from the first note to the very last one. If you have read my reviews of Frank's work in the past, you already know that I believe him to have been blessed by God with one of THE most handsome, full-bodied, rich and EXPRESSIVE voices this writer has ever encountered. (And trust me when I tell you, I've been exposed to some mighty-fine vocalists in my life, so far).
~
Yet, there is a distinguished, distinctive quality to Frank's voice. One listen to this amazing recording and you'll immediately hear what I mean. It is so well crafted, and sung... and it is so evidently pulled from that "special place" way deep down within Frank. The melody may not present him with a vocal challenge, yet the story, itself, demands to be sung with a love and caring that Frank easily carries out. He sings it sort of "respectfully", if you will.
~

"...I'm the little boy with glasses - the one they call the geek.
A little girl who never smiles cause I got braces on my teeth.
I know what it's like to cry myself to sleep.
I'm that kid on every playground - who's always chosen last.
A single teenage mother tryin' to overcome my past.
You don't have to be my friend - but is it too much to ask???
~
Don't laugh at me - don't call me names - don't get your pleasure from my pain.
In God's eyes, we're all the same - someday we'll all have perfect wings.
Don't laugh at me...."
~
That is all of the story I'm telling you - but you can see for yourself what I mean about the poignancy of the story, yes? AND....that's why it's SO important that it be conveyed correctly. Count on Frank to carry that out, perfectly. 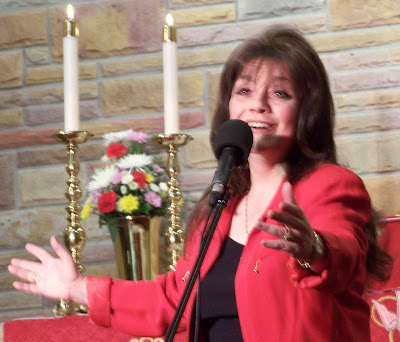 ~ Providing the magnificent orchestration is Palma Pascale. She, too, has a "knack" to know exactly which spot to sweeten just so, and which ones can stand all by themselves. Her "less is more" application I myself am learning more about as I begin recording and arranging, but know this: This is a skill that most people (like me) need to work at and practice to get good at it. Palm has the innate ability to already "know" and can already "hear" what she wants to do. She just sits, and does it. She may make more than one pass at it, but the ability is built-in and comes across as easily to Palm as walking does to most of the rest of us. Her simple, clean piano intro sets the tone for the song perfectly. (pictured above: Palma Pascale) 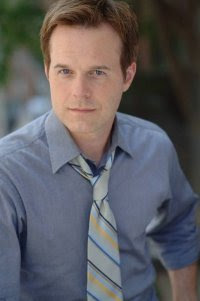 Add some beautiful strings here and there to heighten the intensity, and another instrument or two, and voila! Another stellar arrangement.
~
Frank is joined on the chorus by the crisp, strong and clear voice of Broadway's own Jonathan Rayson. Jonathan's vocal so compliments Frank's - they sing perfectly together, and it is obviously done with "ease." There are people who try to duet together - we've all heard them - they sound as though the two voices are competing with one another, or that it's really an "effort" to be in sync with one another.
~
Not true in this case. Jonathan easily followed Frank's lead and you can immediately tell there was a distinct comfort level between the two. A chemistry, of sorts. (pictured: Jonathan Rayson)
~
Jonathan Rayson began singing with his father's cover band at the early age of 7 years. He began acting as a junior in high school, and has been singing and acting ever since! He has performed both ON Broadway as well as OFF Broadway - in Regional Theatre where he has played roles like Cornelius Hackl in HELLO DOLLY - he has performed in many workshops and showcases - has done concert performances and, he just recently released his first solo CD (and I have one of these - it's outstanding) called SHINY AND NEW. Jonathan performs 14 cover songs on SHINY AND NEW - two of which are by some of my own very favorite, long-time artists: Billy Joel and Carpenters. Besides the other 12 cuts on this CD, Jonathan performs Billy's "Summer Highland Falls" and Richard Carpenter's "I Need To Be in Love" with true style! A really tremendous collection of tunes.
~
So on this recording, Jonathan first joins Frank on the chorus, and these two are so perfectly tuned-in with each other, that they sound like one! 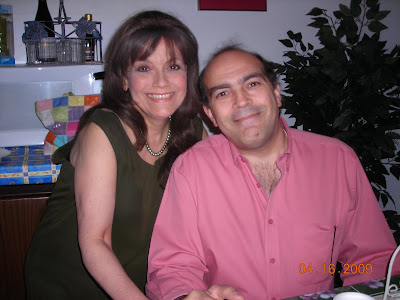 ~ Another element to this composition comes from the skilled engineer of the song, Fred Guarino. Fred has played guitar for many years, but his guitar seems to have taken a backseat to his passion for recording other incredible artists.....and he's amazing at what he does behind that console, believe me. But....Fred is a quite good, creative guitarist, as well. Fred's chops - they're rock-solid.

~
Fred adds such nice, tasteful guitar elements to this song - nothing overdone, but his guitar is a very important piece of the whole. (pictured: Palma Pascale/Fred Guarino)
~
I have been fortunate enough to have listened to this song from its first recording stages....that is, at first, just Frank's vocal, some drums, and piano by Palm. Each time I heard a new version, little bits and pieces had been added. One such listen included the first session of Fred's guitar work - some of which changed from the first pass. I very much like what Fred added - the style in which he played, and the effects he chose to use.
~
Now, not only did Fred do the wonderful guitar work - it's his expertise that provides the awesome, perfectly timed and again, tastefully executed drums! Wow! Trust me - it's not an "easy" task by any means to coordinate these drums and do it so that the drums are not overpowering...but they must help the expression of the song along - and Fred's treatment here perfectly compliments the work of everyone else involved.
~
Are you feeling the sense of all of these separate pieces joining one another to end up as one solid creation? Fred pulls the well done pieces together and, as Palm recently said to me, "provides the grout to make the pieces seamless." Amen to that!
~
And, speaking of Palma - after a modulation where Frank's lead vocal takes on just the slightest "edge" to accentuate the lyrics, and as he does so....the most awesome set of vocal "aaahhh's," almost like "pleas of heartfelt pain" if you will, punctuate just how intense the story is getting, and we hear them for just (4) four very important, chilling measures.
~
So both here, and on the second chorus, Frank is not only joined by Jonathan,


but Palm's voice is added to the mix, as well. Each vocal layer floats, one above the other, exact diction in-sync with one another, and this dynamic build not only moves the story towards a climactic point - it's just absolutely touching and oh, so gorgeous. (pictured: Jonathan Rayson/Frank Rendo/Palma Pascale)
~
Frank artfully sings a short bridge -we hear a waterfall of vocal ooo's at one point, and then..... an effective pause........ a SECOND modulation, then suddenly..... those wonderful stacked voices are back, a bit more powerful and even more beautiful....Once that crowning point in the song has been reached, Jonathan and Palm's voices are no longer....Frank turns around the chorus with everyone's voices, and then Frank takes it out on his own, just as he introduces it - in a tender voice that tells the listener an entire story, in and of its own accord.
~
Ladies and gentlemen, I assure you, when you hear Frank Rendo's newest song "DON'T LAUGH AT ME"- you will want to have it to listen to again and again. And, that can happen! I will let you know right here when it is


ready to be released, and just how you can go about ordering your own copy.
~
To you, Frank - your talent is beyond measure. You have produced a truly moving and thought provoking song (again) using that awesome, awesome voice of yours. Your vision for the recording was spot-on. Nice job!
~
And to you, Jonathan, Fred and Palm - this is yet another award-winning recording. It is so well done - most beautiful and each of you did an outstanding job.
~
Stunning......simply, stunning! (Pictured: Jonathan Rayson/Frank Rendo/Fred Guarino)
~

You can count on hearing more from me about Frank Rendo and his exquisite music!
~Martini
Photos courtesy Frank Rendo/Palma Pascale
Posted by Martini at 6:54 PM