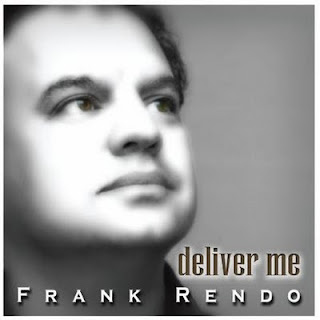 FRANK RENDO ON THE TOP 20 LIST DURING HIS DEBUT WEEK ON ARISE RADIO.


Of course, it gives me a great deal of pleasure to announce that Frank Rendo's debut week on Arise Radio was highly successful!


Each Friday, Arise Radio likes to post the listing of the 20 tracks which received the highest number of positive reviews from their listeners.


FRANK RENDO'S debut of the Palma Pascale composition ALL I EVER TAUGHT YOU, from his DELIVER ME collection ranked NUMBER 3 of the top 20, with 986 positive reviews for the week.


Plus, Bruce of Arise Radio, posted the video that Facebook friend, Timo Kaarnioja, from Helsinki, Finland, made for Frank and put up on his YouTube channel of a tune from Frank's SHINE album called "SHINE DOWN ON ME."  Here is Bruces comment:


"The Very Limited Brain who maintains Arise Radio would like to thank his new friend Tim for making me aware of FRANK RENDO, http://www.myspace.com/frankrendomusic.  I wish I had a video of this week's #3 song, ALL I EVER TAUGHT YOU, from Frank Rendo's recent album named DELIVER ME.  Since I would really like everyone to HEAR Frank Rendo's wonderful voice, please enjoy the following video where he sings "SHINE DOWN ON ME."


I have to tell you, everyone, this did my heart a lot of good.  I was so pleased when I learned that Frank's songs were going to be on this new radio station, in the first place - and then to learn that not only are they being played - they are, apparently, quite popular.  That's a lot of positive reviews for a week's time; 986!

Suffice to say, I am delighted.


Keep listening - to the radio - in the ethos - who knows where you'll hear it next, but  you're going to hear the name, and the music of FRANK RENDO more and more often!  I guarantee it!